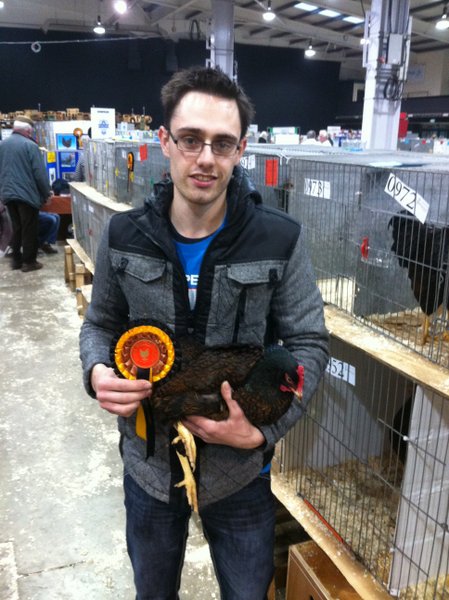 Andrew Kerr from near Fivemiletown and Neil Boyd from Clabby, who work together as Clogher Valley Eggs and Poultry, exhibited fowl at the National Poultry Show last weekend (16th & 17th November) and achieved some excellent results. 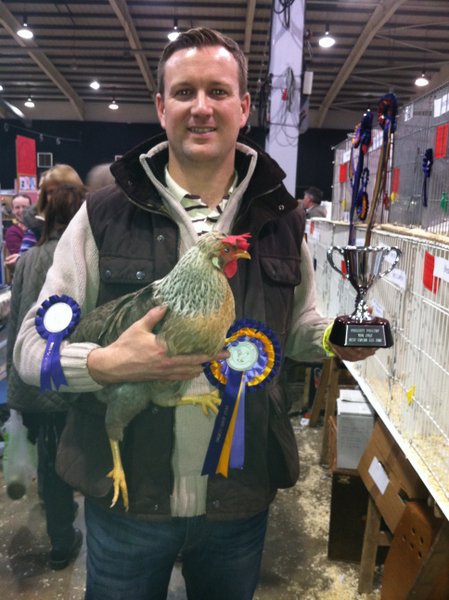 This was very encouraging as it was a hotly contested class of 15 birds and resulted in his hen making it onto Championship Row for the Rare Breed Society.